Mark Carne and Nick  Cremin  appointed to the Board of  hyperTunnel

Mark Carne and Nick Cremin are appointed to the Board of hyperTunnel. They join co-CEOs and founders, Steve Jordan and Jeremy Hammond. Mark adopts the role of Chairman and Nick the role of Deputy Chairman.

Mark Carne and Nick Cremin have been part of the hyperTunnel team since 2019 when they joined hyperTunnel’s Advisory Board. 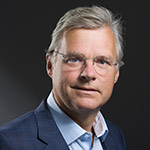 An engineer by training, Mark Carne began his career at Shell, overseeing the company’s response to the Piper Alpha disaster in 1998. He rose through the ranks to become Managing Director of Brunei Shell Petroleum. Following a period at BG Group as Managing Director for Europe and Central Asia, he returned to Shell to head up its operations in the Middle East and North Africa during the Arab Spring period.

In 2013, Carne was appointed Chief Executive of Network Rail, which owns and operates the UK’s railway infrastructure. There he oversaw £15 billion of infrastructure improvement projects, including the opening of three major new city stations and the new Borders Railway in Scotland. Under his leadership, work-force injuries reduced by 50% and the number of female employees increased by 30%. In 2018 he was awarded a CBE for services to the rail industry. 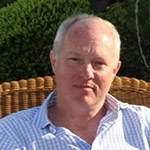 He spent 24 years trading steel, precious metals and commodities in the Middle East and Russia and was Chairman for three years of Chameleon Alpha Fund, an equity-based investment fund. He has been involved in natural resources through his company Global Strategic Resources since 1986, and co-founded Envirofusion Ltd in 2012, as Chairman, to develop a technology to produce clean, renewable energy from waste. He is also a director and co-founder of Energease Ltd, which owns energy assets, and is an investor in new technologies.